Bitcoin price recorded its highest weekly close in 2022: What’s next?

Bitcoin price has been steadying around $47,000 after minor fluctuations last week. While Russia is still considering accepting cryptocurrencies for oil and gas, the Ukrainian government recently released an NFT Collection named ‘Museum of War’.

Here are some of last week’s major crypto events: 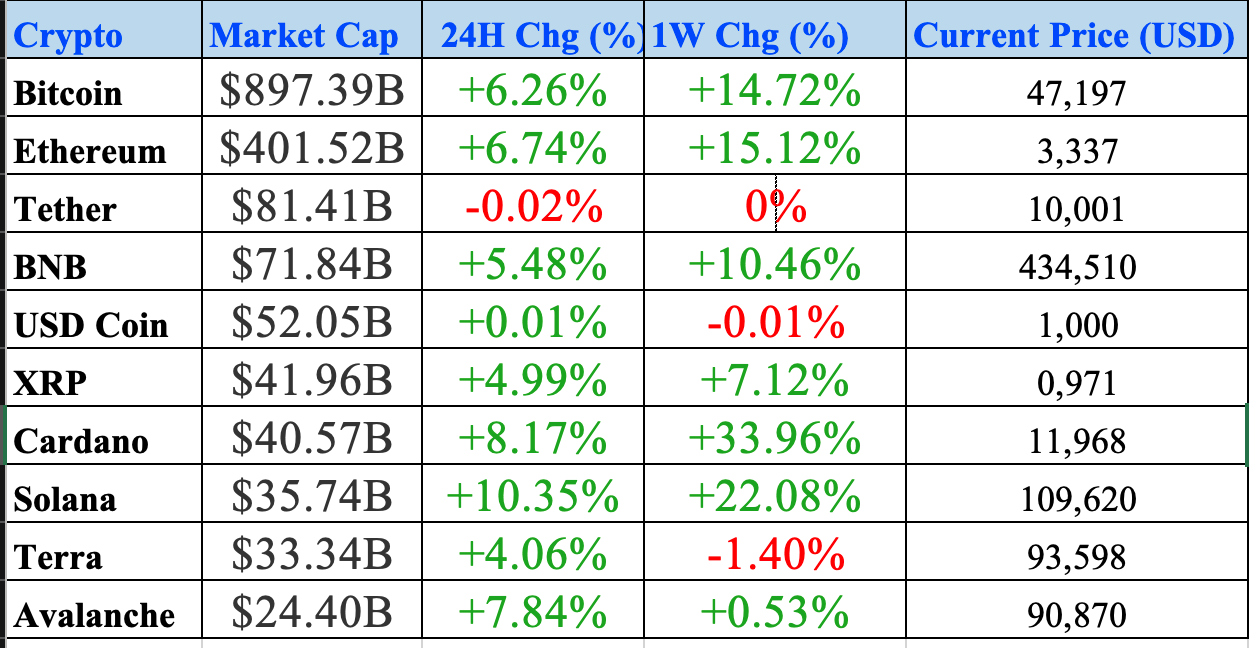 What were some factors behind the Bitcoin price climb?

Bitcoin price has been experiencing some price fluctuations in the past few weeks. Over the weekend, BTC surged to $45,000 and closed the week at $47,000, marking the highest weekly close year-to-date.

Bitcoin price has been moving sideways around the $40,000 psychological level for an extended period of time.

The recent $7,000 surge extended on the back of BTC’s upswing two major events:

Recent data by CoinShares revealed that institutions have been heavily investing in cryptocurrencies, as inflows in digital asset funds are at the highest levels in three months.

Bitcoin remained in the spotlight, with over 50% of last week’s institutional capital going into products based on BTC. Total inflows reached $98 million.

Bitcoin was a popular choice among European investors with 76% of inflows coming from the region, after the news that the bill banning proof-of-work (PoW) mining did not pass.

Investors should also pay attention to Bitcoin’s break above its 50-day Simple Moving Average (SMA). According to to historical trends as suggested by Bespoke Investment Group this could signal further price surges.

Are you ready to take advantage of the next market movements? To profit in either a bull or bear market, CoinPanel’s Full Trade is your best tool to automate your take-profit and stop-loss orders so you don’t need to monitor the market 24/7.